Now that the baseball regular season is over for most schools other than those of NCAA Division I, there is still plenty of baseball to be played this season. The playoff picture has become much clearer. Six ranked Historically Black College and University (HBCU) “small school” division baseball programs have punched tickets to 2016 postseason tournaments which start this weekend.

HBCUs will have a great impact on the makeup of their tournaments making 2016 potentially a banner season for Historically Black College and University baseball. Edward Waters, West Virginia State University, Selma University, Jarvis Christian College, Claflin University, and Talladega College aim to extend their seasons and it looks like HBCU “small schools” have a real shot to advance into the playoffs and potentially get more than two teams into one national tournament.

Edward Waters College and Talladega College are in a unique position to advance to the national playoffs without necessarily winning their respective conference tournament. EWC and TC both capable of securing the automatic bid as three teams from the A.I.I./GCAC receive an automatic berth to the national championship (tournament champion, tournament runner-up and third place). If they can get a couple big wins in the tournament, they’ll be interesting to watch if they can advance that far.

Let’s take a look at their postseason overview.

Postseason Overview: The Tigers will need to get at least three resume-building wins at the A.I.I. tournament to remain in the at-large selection for the NAIA national tournament. Before they even get that chance, they’ll play a very good (28-16) Texas A&M-Texarkana team in their opening game. Win that one, and they get a chance to make a statement. Then, things get real interesting, but I’ll get to that.

Postseason Overview: The Yellow Jackets biggest challenge in trying to win a third straight NCAA tournament appearance basically boils down to the mental aspects of the game. It’s easy to lose focus and lose a game here or there, but I think they’ve done pretty well with the pressure and expectations of having already competed at the NCAA DII level. Will build momentum going into the conference tournament. WVSU unranked in Black College Nines 2016 HBCU baseball first Top 10 poll, currently the No. 2 ranking behind Edward Waters. 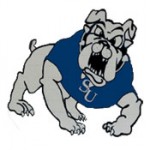 Postseason Overview: Selma is making its 6th straight postseason appearance. This team is not feeling the pressure, they are just playing the game, roll it out and see what happens. They don’t put too many expectations on the postseason. Just play loose and have fun. It is obviously Selma want to win the NCCAA. These next two weekends will be pretty big. Top national rankings include No. 3 Black College Nines HBCU baseball poll and No. 10 NCCAA Top 10 ranking. 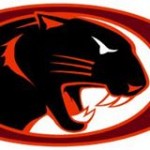 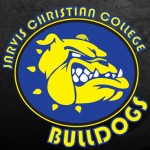 Postseason Overview: The Bulldogs return for their fourth conference tournament appearance. If Jarvis Christian wins against Our Lady of The Lakes  will either face top-seeded Louisiana State University-Alexandria Generals in the night cap or face elimination on Saturday. Earlier this regular season, Jarvis Christian was victorious taking 3 of 4 games from Our Lady of The Lakes. The winner of the RRAC Tournament will receive an automatic bid to the NAIA National Tournament.

Postseason Overview: Don’t let the Tornados record fool you. Spent four weeks in Black College Nines Top 10 HBCU baseball poll. 24 games played against 7 teams ranked in the NAIA Top 25, include six losses to tournament host top-ranked Georgia Gwinnett College (51-4) which could work in their favor. They’ll need to at least win their opening round game against Clarke University (34-13) then a good chance they will meet GCAC conference rival Edward Waters. If they can get a couple meaningful wins in the tournament, they’ll be an interesting team to watch.

The pandemic has financial consequences, especially for Black-owned businesses. Ad revenue is shrinking so we are asking you directly for your financial support. You can use the Cash App and contribute to $onnidan or process your donation through Square